Please Hold [Your Call Is Important To Us]

There. All books read written about. 42 books read this year (and 5 manuscripts critiqued, 0 novels finished). I wasn't sure I'd get them finished in time. Definitely ran out of oomf at the end there. Too much analysing in too short a time. Or, I'm just tired and stupid.

Tomorrow morning I fly out without laptop or phone. I'll probably remain off the grid till I'm home again in late January, as the majority of time I'll be camping. If you have stalkerly-inclinations, you can track my approximate whereabouts following the itinerary here. If you're not quite that intense about your stalking, then just know I'm in Patagonia.

(It's amusing how many people have no idea where that is.)

Last Thursday I finished work. When it occurred to me I wouldn't be back in the office for more than a month I started to cry. The last couple of months have been a slow drowning. I'm understating that, because I've spent a considerable amount of energy not thinking of my circumstances, keeping myself distracted and the rug pulled over my eyes. Even though I can't see it, I can still feel the water rising.

There is no way out.

I need to breathe.

I won't be unable to write, because I will not be writing.

For the record: the balance remains in favour of the year. Despite the plunge I've taken recently, 2009 has been the best year of my life. Everything that did happen, everything that didn't happen, all I've learned and gained and lost, it was worth it. It needs to be said.

As for you kids, I hope the new year treats you kindly (and you greet it with hijinx and tomfoolery). Keep on keeping on. 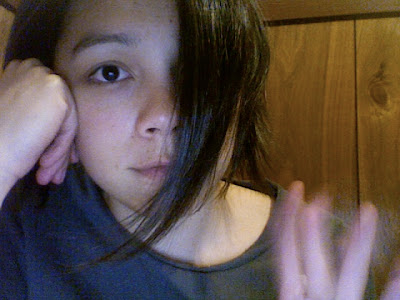