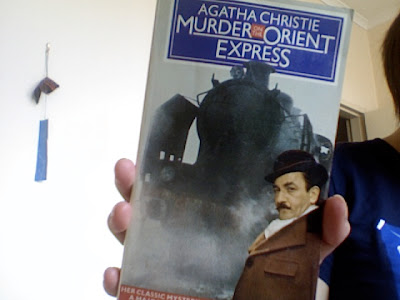 I read this in one night. These books are quite more-ish, they're like M&Ms. I was quite alright throughout the entire book, until I finished, turned the light off, and discovered I was shit scared.

Of what, I don't know! There was no menace in the book. No threat or danger. But augh! I could not sleep without the light on. Odd.

This one vexed me considerably more than the previous, as Poirot solved the case by utilising details that the reader was not given, which...grrrrrr. If I want to be surprised by the outcome, then let the outcome be surprising rather than a conclusion I cannot reach on my own with the details given or not given to me.

Said conclusion also made my mouth twist a bit. Mrrrr.