Acception: quietly having a little insurrection in the Ditmars

It has been brought to my attention that "Acception" has squirmed its way in among the cool kids and is currently shortlisted for the 2011 Ditmar Awards.

To those who nominated, thanks. I am well sheepish, bemused and ego-fat.

More importantly, Baggage itself is up for a Ditmar as well. Huzzah! This is a brilliant thing, and not just because the book itself is a devious little collection.

As was announced a couple of weeks back, Eneit Press is closing.

I've been grappling with the problems created by the RedGroup's collapse for the last few weeks, but the lead up to that collapse was, for Eneit Press, the most disasterous. You see, last year Borders hosted the launch for Baggage, and at their prompting I bought the biggest print run for any anthology I'd yet done.

The launch, just prior to Aussicon 4 was a huge success, and the store took half the print run, keeping some boxes of books on consignment for selling at this year's Supanova. I duly invoiced them for the books they sold at Worldcon. And re-sent 8 weeks later.

...I was just about to ring again when the news of them entering voluntary adminstration broke.

Nothing short of a miracle can save Eneit Press now.

The ending of Eneit Press is nothing to do with quality of books, having printed a collection by Kaaron Warren and Gillian Polack's latest Ditmar-nominated novel, there is nothing but quality in that back catalogue. The conduct of Borders has left me with a churning gutful of bitter froth, and left Sharyn with a financial debt that she did not bring about and has slain her dream.

Normally, I would offer to send "Acception" for free to anyone who wishes to read it before voting. In this case, however, I urge you to buy the few remaining copies of the anthology from Eneit Press direct, and alleviate some of that debt.

It has always been said that the Australian speculative fiction scene is a supportive community. Please, don't just talk the talk. Buy the book, read the book, stick it to the goddamn man.

Baggage may be purchased here. For international orders drop Sharyn an email to query shipping.

Details on how to vote in the Ditmars may be found here.

If you could retweet, reblog, facebook, tumbl(r), share this and spread the word around, please do. This isn't about awards.
Posted by Tessa at 6:01 am 6 comments:

Undoing One of Many Mistakes; Triptych 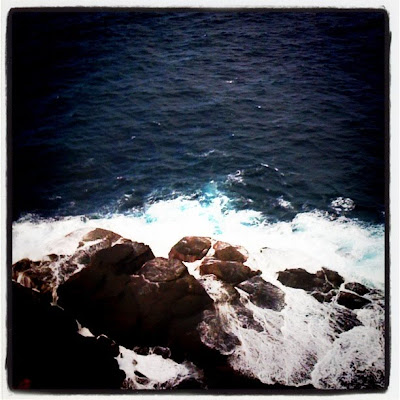 "Well, this is the end. There isn't anymore. Now what do we do?"

"The only thing we can do: evolve."

"That is a matter of perspective. Anyway. Onward?" 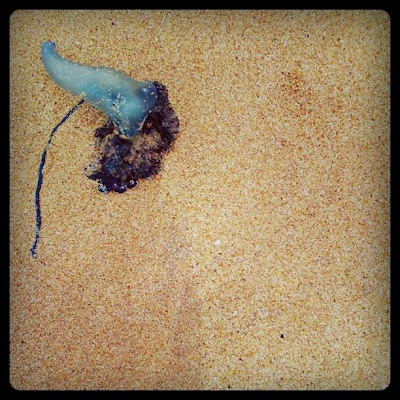 "Well if you're so clever why haven't I seen you in the sea? What did you devolve into?" 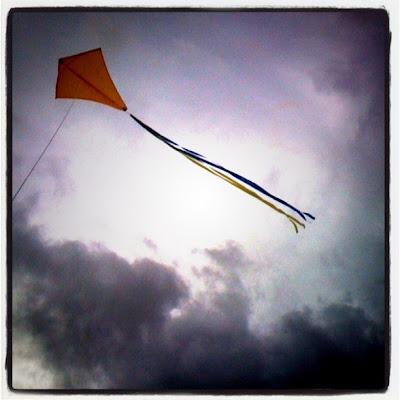 Labels: all mimsy were the borogoves, fake fiction, no one makes it out alive, photography, sea beasties, slow apocalypse, writerly stuff 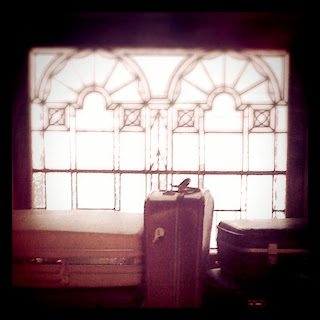 She shook her head. "There is nowhere to go," she said. "'Everything is fucked'."

Then she smiled, opened the window and let the end in.
Posted by Tessa at 2:24 am 1 comment:

Labels: all mimsy were the borogoves, fake fiction, japan, no one makes it out alive, photography, slow apocalypse

The ghost lingers by the tracks with the reminder of flight, stilled. 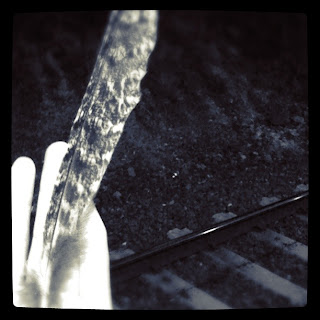 Labels: all mimsy were the borogoves, fake fiction, photography

"This isn't brought on by any specific event," he said. "It's more a general reminder that we know a lot of the stuff that lands on our desks is confronting, to say the least, and if you don't want to work on something, then say no. That's okay, no one will have any issues with that. Along the same lines, if you feel that perhaps you need to talk to someone about dealing with the material, whatever that material may be, approach your team leader, a member of the leadership team, whoever you feel comfortable with, and we'll organise a counseling session for you."

The photos I see and documents I read in a single day are more than most of you would be comfortable with even skimming. The confrontation is gone. It is all just so much paper now.

"There is someone down at corporate reception wanting information on making an application, do you want to take it?"

He was in his eighties, with grey-blue eyes that were milky with age. He was a couple of days unshaven, with sparse white bristles on his jowls and hanging from the wattle at his throat. Hands that had been firm and strong, but had a little tremor in them now, the skin slack around his knuckles. His mouth always a little open, breathing being now task enough that the nose was not enough for his aging lungs. His mouth moved a certain way when he spoke. A hearing aid in his ear, so I was careful to speak clear steady.

They all want to share their life story, circling around and down until finally reaching the matter at hand. "I'll tell you this, back in Tasmania-" and I settled in with my best listening face, prepared to endure waffle.

He didn't waffle, or talk in circles. Events were explained in chronological order with cause and effect in place, until the end, where he was now, with a tangled mess of bureaucracy. Oral story-telling came naturally to him, with the right pauses and no stumbling over his words. He didn't over-dramatise, but didn't attempt to hide his emotional investment in the events either. The mind was well sharp, perhaps lost in the events around him, but sharp.

It took a little teasing on my part to pluck out exactly what he sought, most of which was not in our possession. Still, I called the other organisation and got enough information to set him on the right course, and figured out what we could do for him.

I let him wander afterward. The story he had told me was a sad one. Those old eyes had brimmed more than a few times, although he never broke down. I would not stop him from indulging in happier reminiscences. It was never just a smile or grin, he could do no less than chuckle when mirth took him. His eyes near disappeared the few times this happened, as his sagging cheeks rose with cheer.

"Thank you," he said, an hour and a half later. "You've been incredibly helpful, and I've taken so much of your time."

I gave him a smile and told him to go get a cup of tea.

It's all just so much paper, except when it isn't.

Fencing with red tape, paper, bureaucracy and legalese is tough if you're not already familiar with the illogical, seemingly-petty and idiosyncratic rules of this alternate but co-habited dimension. He was frustrated with the brick walls he'd run against, and although he was far from settled, having someone actually listen to him brought some calmness about him.

It isn't the first time I've snuck in some ninja therapy on a member of the public. Just to be listened to is all a lot of stricken hearts need to rest themselves enough, just enough. It is no great tax, although time that I'm sure my boss would rather I put to better use. All it requires is patience.

It isn't the content that gets beneath my skin. These years of exposure have led to a forced evolution. I have an empathy-off switch, and a different perspective on humanity.

He reminded me of my grandfather.

Labels: death, family, nothing i have to say is worth saying, synchronicity 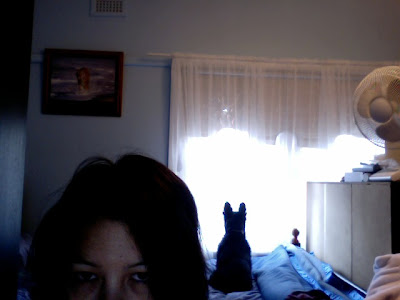 This: New webcam shots location. No longer facing the window, so lighting shall be a bugger. Must remove that tiger.

I have an ulcer, coldsores, shadows and bags, cough, cold, shakes and my arms are killing me, but the birdsong here is surprisingly thick and lively, the shower is decadent, and that's my boy Sam on sentry duty at the perimeter.
Posted by Tessa at 1:16 am 4 comments: