The one redeeming feature of "Fashion Valley": LEGO 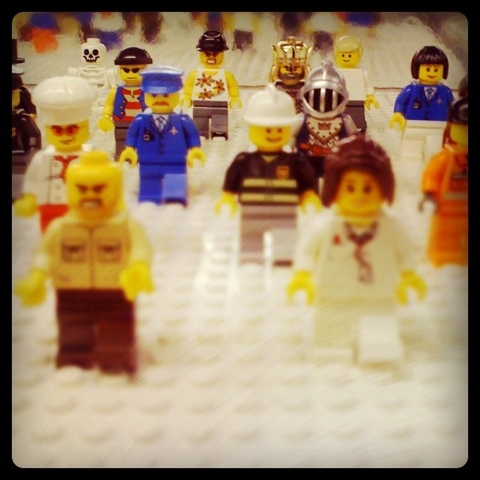 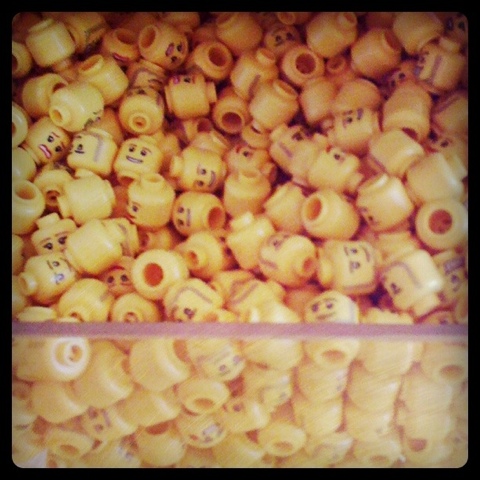 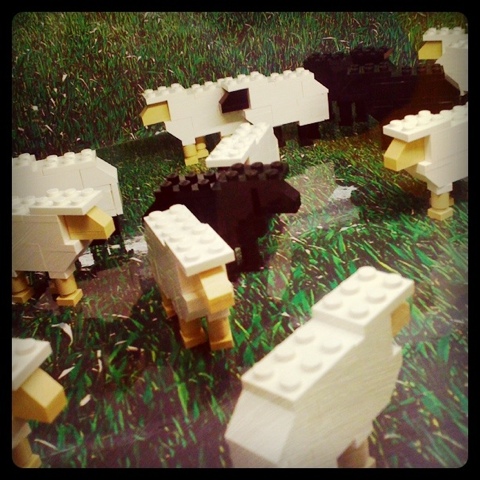 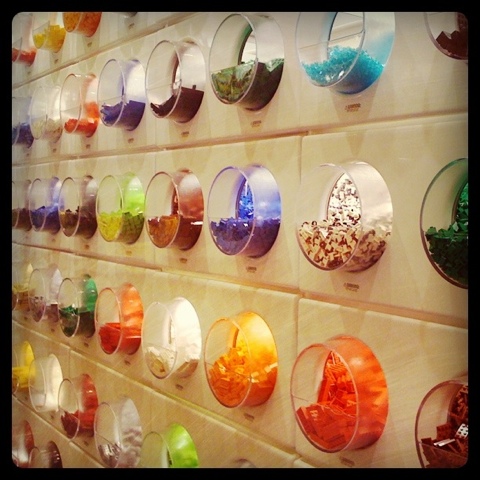 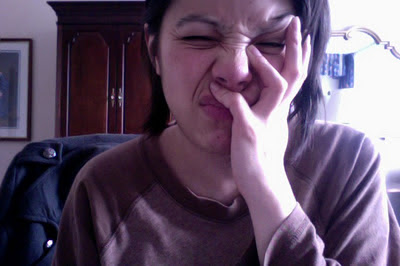 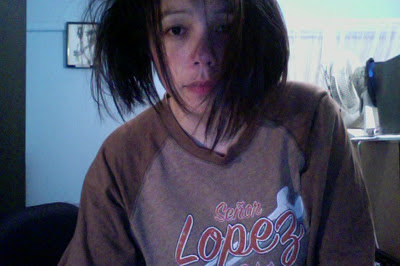 Labels: love you, miss you, travel, UK gtfo, wtf am i doing?

At the beginning of the year I seemed to be making a come back with that whole reading books thing, after the recent drought. Needless to say, that didn't really go anywhere.

Here are the books I read so many months ago. I do not do them justice.

Blonde On A Stick - Conrad Williams 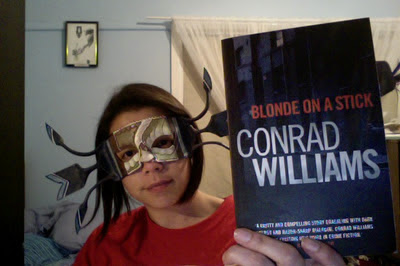 Conrad Williams is one of the most powerful writers out there, and this is has all the power of a cyclone and all the precision of brain surgery. It is a brilliant, cocky, startling narrative that struts about and gets away with murder. Magnificent voice. Absolutely recommended. 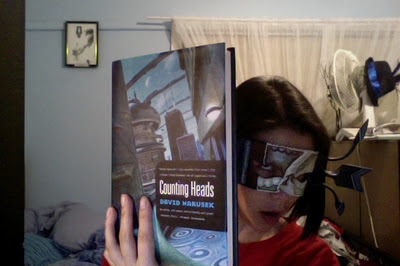 Given to me by a friend who said the fury in Acception reminded him of this, and then couldn't think why. This book blindsided me. It. Is. Brilliant. Stole my breath with its ideas and execution, and made me excited about fiction. Absolutely fascinating critiques of society, technologies and the roles they may play. Meaty, glorious stuff, with stunning characters and plot to boot. So very worth it, so very very worth it. 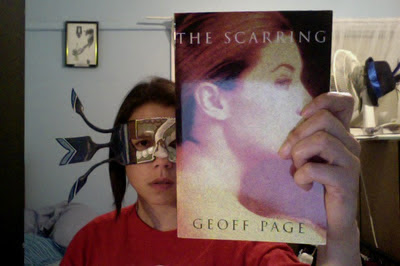 The same friend gave me this, a novella in poetry. Very easy to read, with (unsurprisingly) a lovely cadence and rhythm to it. I am no poet so cannot speak of its technical merit, but as far as narrative goes....yikes. 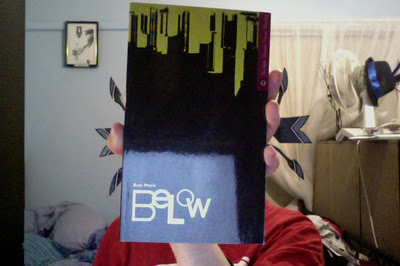 Two awesome post-apocalyptic-ish novellas that fold in upon each other and bounce off each other in wonderful and interesting ways. I think I'm well documented as being a damn sycophant when it comes to Ben's writing, and this is a prime example of why. Campisi matches the grit and anguish in Below with breathless despair and denial in Above. A very intelligent read.

Guardian of the Dead - Karen Healey 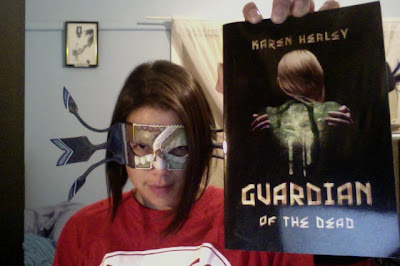 Goddamn I love Ellie. Not a character, a person. So many PEOPLE in this book! Quite a lot of laugh out loud with "I know EXACTLY what you mean, girl!" moments, in amidst all the supernatural creepy shit going on. Of which there is a lot. Christchurch, it turns out, is a pretty menacing place in which to insert fiction. Great stuff, omnomnom.
Posted by Tessa at 2:25 pm 1 comment:

Walk a mile couple of years in my shoes. 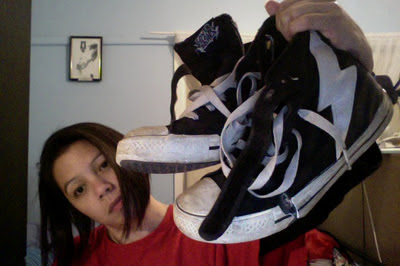 Pictured above is a pair of size...hell, I don't know what size they are, the labels have worn off. Black canvas Cover Your Bones Chuck-a-likes. With LIGHTNING BOLTS. PCHSHUUU! And velcro tabs at the top.

As far as footwear goes, they're pretty standard hip.

They are also exceptionally dear to me.

At the beginning of 2010, coming up to the end of my five weeks roaming through Chile and Argentina, it came to the attention of the group that METALLICA WERE PLAYING IN BUENOS AIRES the night before we were due to arrive.

Thus, the only option was for the bulk of us to leave the truck in Puerto Madryn, take the public bus to Trelew, an Aerolineas Argentinas flight from Trelew to Buenos Aires, check in early to our hotel (which had never received our booking and thus also involved finding a hotel that had spare rooms), drinking beer in the ridiculously hot latino afternoon, taking the train to the stadium and GO OFF.

Which left me, while strolling around Puerto Madryn in my thongs and sweltering, wondering if I really wanted to wear my massive hiking boots to a stadium concert. Or my thongs.

So I bought these. I don't remember how much they were, I never could figure out the exchange rate, but I seem to recall it being something like $50AUD. As soon as I put them on I demanded my immediate company step on them, so that they weren't pristine. And then I wore them to a stadium concert and they got the snot stomped out of them.

A month later the rubber siding on both was cracked and the insole on the right had slipped. I figured they were cheap and nasty, and had served their purpose. Then I wore them all through China, Tibet and Nepal. And Melbourne. For the next couple years.

They have indeed served their purpose. Lightning bolts on my ankles, like Hermes, they've walked me over all the paths. 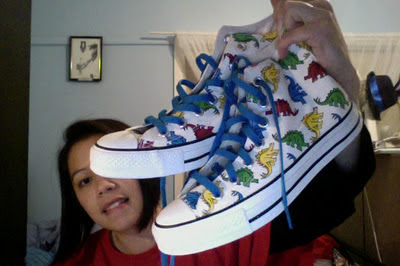 These I bought in Shibuya, Tokyo, back in 2007. I had a pair just the same when I was seven years old. Rainbow dinosaurs will walk me to new worlds.
Posted by Tessa at 10:57 am 1 comment: 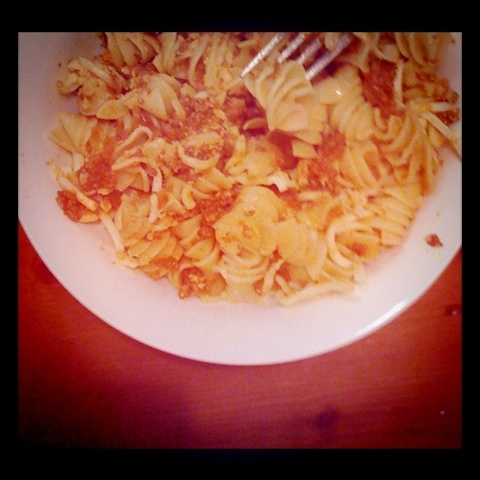 Tangent: Tortoises are clearly proof of the existence of extra-terrestrials AND evil. 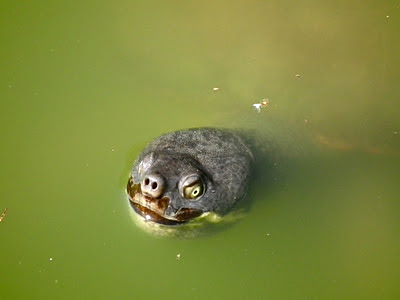 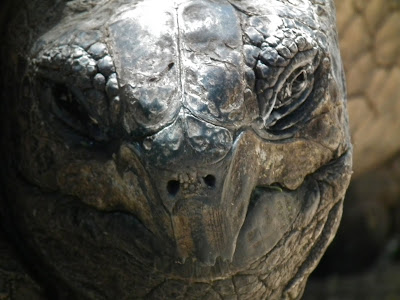 Mum said, are you sure you really want to go?

Nights like this night, with warm soft air and all people behind doors and windows, an amiable breeze and light rain, walking in that quiet, being unseen, feet in thongs and umbrella on my shoulder, listening to night birds and angry possums, the smell of honeysuckle and jasmine; these nights are only found here.
Posted by Tessa at 10:43 am No comments:

Labels: all mimsy were the borogoves, travel, UK gtfo

Over on GoodReads there is a give away of the Year's Best Fantasy & Horror 2011, click hither for details.

*that is the noise of chooks excited over books.
Posted by Tessa at 1:50 am No comments:

It's a good thing this is multiple choice, 50% chance I'll get it right. 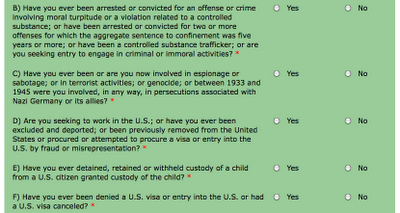 If you would like a postcard from far away, send me your postal address using the shoutout on the right. Strangers welcome!
Posted by Tessa at 12:02 am No comments:

Labels: *roaming, travel, you have mail 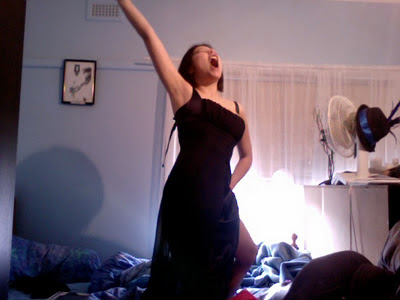 Labels: BOOYAH, high school flashback, this post is brought to you by the letters O M and G

If only I lived up high, somewhere distant from the ground, with a balcony, or better, access to the roof, so I could stand on the edge with my face to the wind a bellow like a magnificent bull triumphant in the arena, raise my fists and be the eye of the tornado this ferocious wonder spins around me.
Posted by Tessa at 5:48 am No comments:

Labels: *roaming, all mimsy were the borogroves

NEXT WEEK IS MY LAST WEEK AT WORK.

YES. I ONLY JUST REALISED THIS.

I peed into a cup. If there is a world championship of peeing into a cup without spilling or overflowing, I am that champion.
Posted by Tessa at 12:57 am 3 comments: