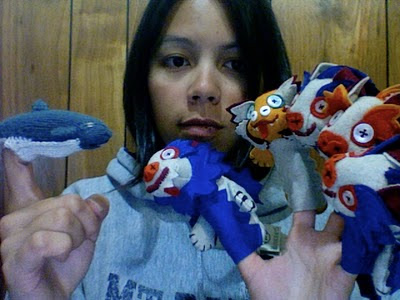 Holy goats and caviar, Batman, I must be home.

This New World Order doesn't look all that different from the Old World Order, I must say. That's okay, I'm cool with that. Some creature comforts are certainly welcome right now. I haven't done laundry for more than two weeks, and I think I've only showered 30% of those two weeks as well. Still, I've seen Qomolongma aka Everest 3 times in 4 days.

(Shark Puppet would like it known not all of those finger puppets are staying with me. Some are presents. He wouldn't let me bring home a whole football club of puppets.)
Posted by Tessa at 2:37 am 3 comments: 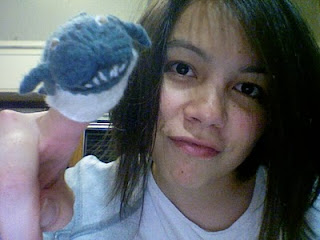 Roight. Bags are packed, tracksuit pants are on, me and Shark Puppet my BFF are off to China. I'm running on about two hours sleep at this point, so I'm anticipating being entirely oblivious to the 7 hours it takes to get to Singapore. The lovely KJ Bishop informs me there is a Butterfly Enclosure at Changi Airport to entertain me while I await my next flight. Sorted.

While I am away, I encourage you to indulge in mischief and mayhem. The involvement of elephants and/or strawberry mousse will not be frowned upon.

See you at the cliff of autumn.

I just knowingly and deliberately damaged a book.

I am AWESOME, hear me AWESOME.

Did you see Karen Healey's Rally to Awesome?

Ladies, I have had enough. ENOUGH.

Too often we put ourselves down. Too often we think we are useless, not good enough, less than perfect and thus less than acceptable. Too often we demur praise, or will not praise ourselves. Often we outright hate ourselves, and much of the dominant media and various cultures around us are determined to make us feel as bad as possible, usually so that we will buy things.

In the comments to this post, I cordially invite you to tell me why you are awesome.

Of course, I did not comment on said post. Intellectually I cheered and rushed to join the revolution. Emotionally I was...not awesome.

I have been awesome, I will be awesome, but at that point in time I was a cringing little thing, and did not have it within me to be happy with myself. These things happen. There's nothing to do but wait.

Last night, Karen posted again when the Claim Your Awesome movement REVOLUTION exploded in her comments, and she said:

Well, I am a truly awesome woman who does need to claim it. Because I need the reminder.

There is basically no chance that I will ever forget that I am not perfect, that I do many things badly, that I have made terrible decisions and failed at many goals. I don't need to practice humility; downplaying my achievements is my default state.

But, despite the, I say with no modesty whatsoever, overwhelming evidence in favour of my awesomeness, I forget that I am awesome all the time.

I am late to the revolution, and am failing to join the main body of the revolution entirely and have formed my own little splinter cell group and together me, myself, and I, we sit in this cold room with two pairs of socks on and a desk cluttered with travel paraphernalia and finger puppets, and make our stand.

I am fucking awesome.

And I don't need to qualify it. 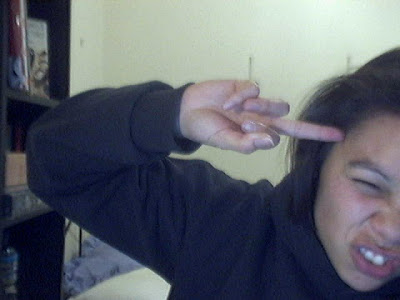