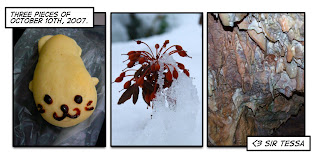 It's been one of those hilarious, stupid, amazing days.

For six weeks, I've drowned myself in entirely new things, every single day. I've done only what I wanted to do, when I wanted to do it. I've let whim lead me, and curiosity guide me, and have become so accustomed to this freedom that I know I'm taking it for granted.

For six weeks, I've been isolated by a language barrier, and I've adapted to this lifestyle of illiteracy. I've slept laid in nineteen different beds. I haven't had a decent cup of tea, and I don't mean green tea.