To The Knuckle, Ya Hear?

After nearly a week back in Oz, I think I’ve expelled the last of the junk that China, Tibet and Nepal laid in my nose.

Most travels become centred on the excretions of the bowel, whether or not this is admitted in polite company. Mess with the diet, never know where the next loo is and have to conquer squats and cesspits – it’s all about the poop.

This trip was equally focused on the excretions of the nasal cavity, as you just can't have too many orifices expelling at the same time, and upon which I shall elaborate upon now.

Beijing has no sky. 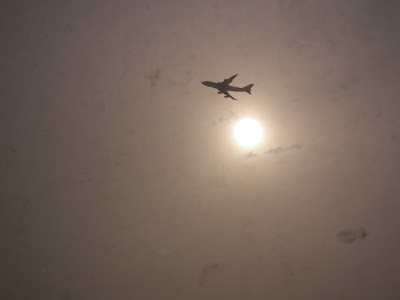 That is the first photograph I took on Chinese soil, the first thing I saw upon leaving the airport, and yeah, I totally freaked out at the thought of breathing for the next few days.

I’m exaggerating. Mildly. There were blue skies while I was in the city.

At Tiananmen Square they raise the Chinese flag every sunrise, and lower it every sunset. It’s quite the ritual, with a squad of the People's Liberation Army marching out from beneath Chairman Mao’s portrait over the gate to the Forbidden City, perfectly choreographed so they take 108 paces per minute, 75cm per pace, and timed so that the flag comes down exactly when the sun disappears below the horizon.

It would be more impressive if the sun had not disappeared behind the pollution half an hour before hand. 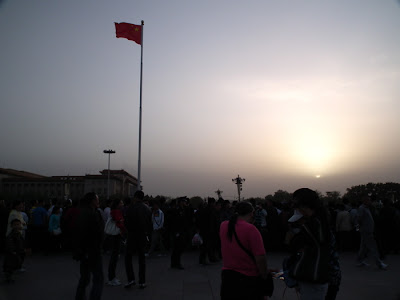 I commented to a local who was “practicing his English on me” that no one would know if the timing was out with the pollution hiding the sunset. He told me that oh, the air pollution had improved so much since the 2008 Beijing Olympics, when all the big factories had been moved away from the city. It was so much better now, amazing.

This was an improvement?

Don’t think I did a good job of hiding my horror.

China Proper left black boogers in my nose, solid like concrete. Took some blowing and then poking to get them moving.

The Tibetan Plateau is free of China’s air issues, much to my relief. It is, however, dusty. 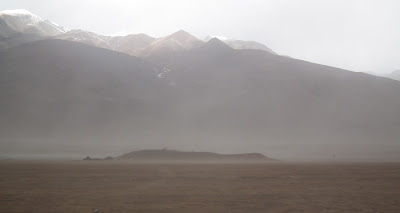 No, I mean it. The whole country is dusty. 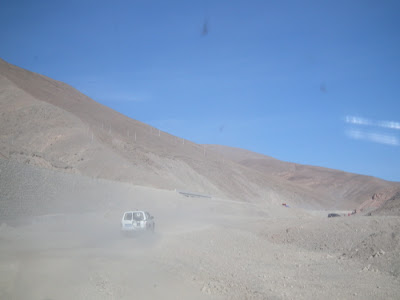 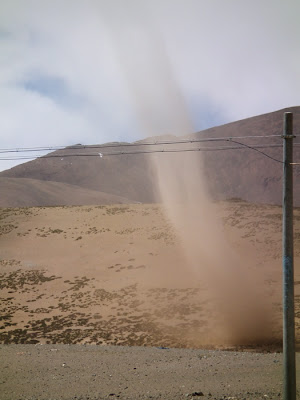 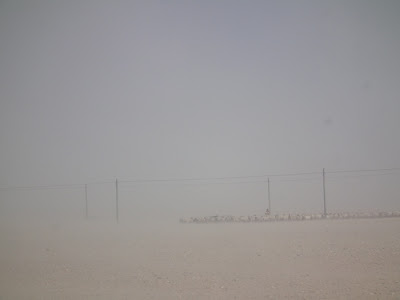 We spent a day in this dust storm. There was more dust than air about, visibility was frequently zilch and we spent a good deal of time stopped, hoping no one ran into us while the dust washed up against the windows like water.

And that shit gets everywhere, and you would not believe how much dust your nasal cavity can contain.

The air is also incredibly cold and bone-dry. Combined with the altitude, I had a permanent blood nose. No major gushing, but a perpetual ooze.

In this regard, the dust was useful. I let it collect and act as a clotting agent. While the others were occupied with clearing their noses at every opportunity, I only got the tissues out of an evening, and proceeded with the excavation before bed. With body systems slowing down with sleep, the body struggles even further getting oxygen around at altitude, so you need all the space in your nose you can get.

This did mean that I was blowing a day's worth of junk out, and oh my lord Buddha. Some of those chunks were as big as my thumbnail, no exaggeration. Green and brown, and with blood clots. First time I was afraid I'd blown out a bit of my brain. The stuff down the nostril passage was dry and caked on too. It was amazing. Seriously, could have used this stuff as mortar in the Great Wall.

Wasn't just the poor soft foreigners either. I have a very clear and distinct and unfortunately precise memory of witnessing a woman who ran a food tent snot into her palm, try to wipe it on her shoe and then turn her hand over to inspect it when it didn't come off. I saw. Oh, I saw. It was fucking huge. Then she gave me my pot noodle.

Coming down from altitude, we were told we'd be near high with oxygen. Oxygen!

This was a lie, as the water to oxygen ratio in the air was about equal. Plus, Kathmandu Valley does not boast particularly clean air either. 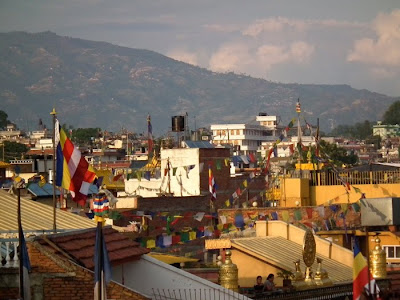 Left over blood nose from Tibet plus pollution, but less dust and actual moisture in the air meant a downgrade in the alert status of what came out my nose, which, given that normally nothing comes out my nose, still meant those boogers had punch.

Didn't need to know all that?

This is the real world, kids. Snot happens.


Nose is still bleeding, actually. I think it's a touch traumatised.
Posted by Tessa at 9:05 am