I found the Museum of Sex completely by accident, noticed it across the road one night while waiting to get into a bar, and was of course intrigued. There are a great many things I wanted to do in New York that I failed to do, but I'm glad I spontaneously did this one. Accompanying me was a dear lady who I shall leave anonymous because she may have dignity. Or not. I know not!

At any rate, I was not sure what the policy on photography was, and so was stealing shots with my phone, hence the lack of quality.

We nearly didn't make it to the museum, so enthralled were we by what was on offer in the museum store. This book was along the lines of being 'your daily fortune in sex positions'. This being my birthday. 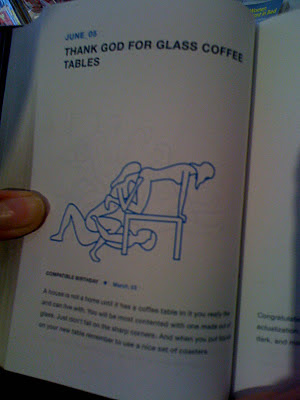 This was followed by sex in art, combined with sexual practices. Which included robot bestiality. 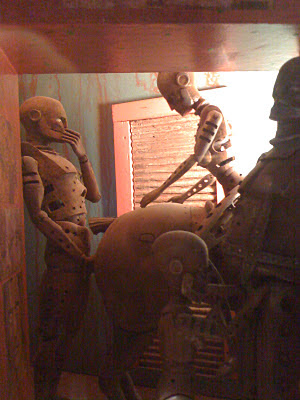 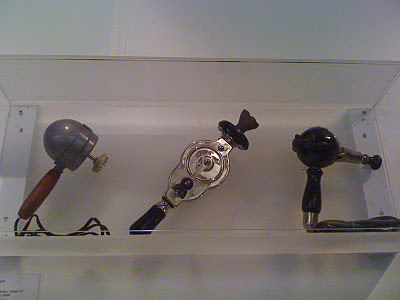 I won't lie, the Real Dolls were incredibly unsettling. They felt wrong and hideous, and the vacant, stoned, somewhat catatonic expression on the guy's face was not at all a mood aid. 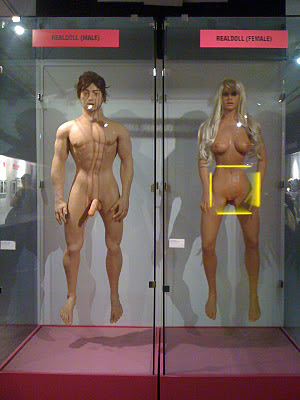 The floor that concerned itself with sexual practices in wild animals was, however, brilliant and quite fascinating. Definitely the draw card. There was a lot of interesting bits and pieces in there, and I learned quite a bit. I wasn't sure what the koalas were doing there though. They were just on the wall. Nothing to say why. 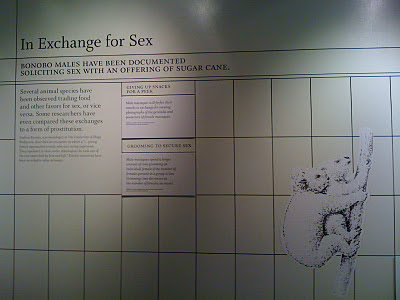 You read that heading right. 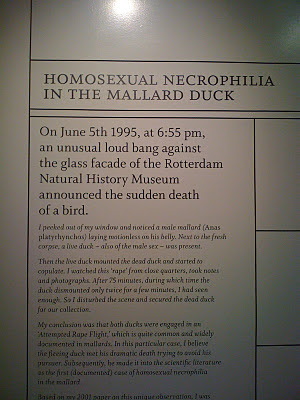 AMAZON RIVER DOLPHIN BLOWHOLE SEX.
THAT IS LIKE COCK IN NOSTRIL.
I AM NOT ENTIRELY COOL WITH THIS EVEN THOUGH I RESPECT YOUR LIFESTYLE CHOICES. 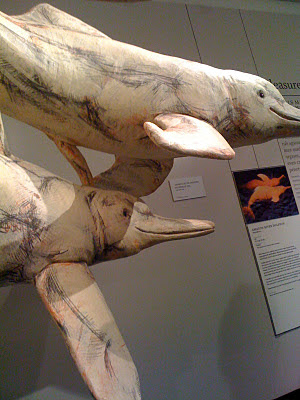 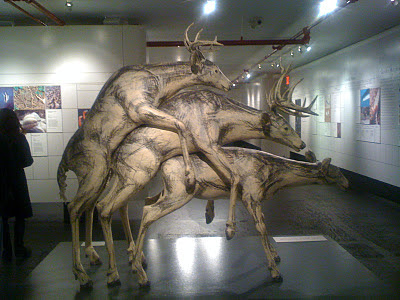 Everyone knows pandas don't have sex. 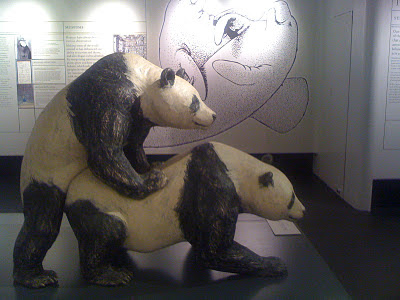 There was an exhibition devoted to one fellow whose name I have entirely forgotten, who was a raging homosexual, keeping a 'Stud File' on all the men he slept with, and doing a lot to promote homosexuality in the arts. I don't remember the total, but he got around. I am letting the team down in comparison. 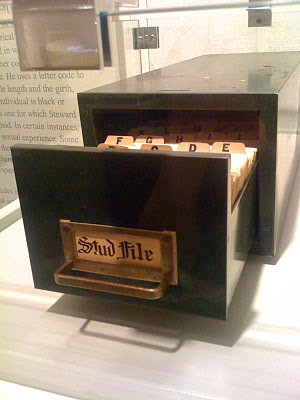 That said, I have and will never keep pubic hair. 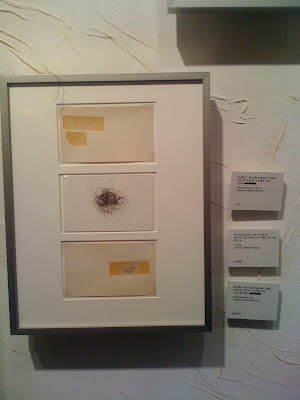 This particular index card records the details of a daisy chain, listing who did who. I'm particularly taken with the last line, "I did all...Kinda dull." 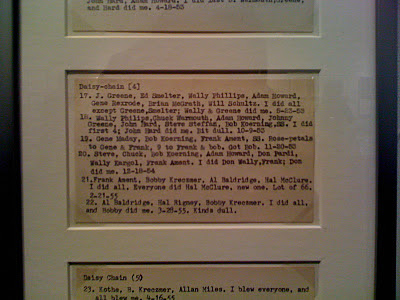 There were I think some missed opportunities to look at sexual practices in non-Western societies, as well as looking at the role and attitude towards sex in international art, instead of just giving it a little head nod in comics at the very end. Still, I was very entertained.

I did not buy this. Regret. 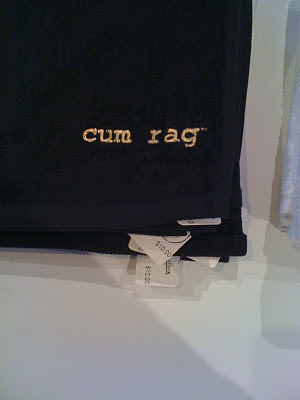 Labels: museum of sex, new york, this post is brought to you by the letters O M and G, travel