There are far too many things to do and wonders to see in New York, more than is possible to consume in any length of time. Thus, I have resigned myself to the foregoing of much memory treasure, but I was not going to let slip the Jim Henson exhibition currently on display at the Museum of Moving Image.

It was brilliant. Amazing. And, in keeping with the strong and irreverent spirit of all Jim Henson's creations, it was hilarious. There was a delightful sense of play in all the ventures that Henson pursued, whether or not they ever saw the light of day.

I could not help comparing it to the Tim Burton exhibition, which I saw while it was showing at ACMI. While Burton did branch out into various media, I walked away with the impression that his aesthetic had gone through very little metamorphosis in his many years of work. It is an aesthetic that has become an incredibly strong brand , however without development it does not seem as though the artist has challenged himself.

Henson had also maintained a strong identity through his aesthetic, but this was coupled with a drive to innovate, and as such his work throughout his life has about it a consistent freshness that I did not see in Burton's collection.

Did you know that earlier incarnation of the Cookie Monster was “IBM Monster"?

No photography was allowed in the exhibition, and there were 3 portly security guards patrolling to make sure that all enforced. However, because I am a ninja I did manage to sneak some photos on my phone, and these I share with you.

The below is part of a concept that did not go ahead. When I read it I was aghast. Irreverent and playful his works may be, some of them are down right horrific. 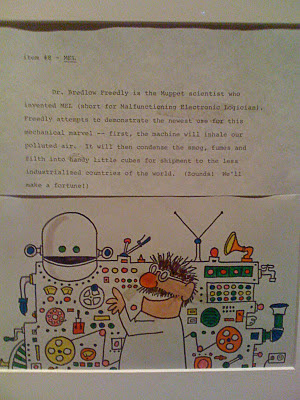 Dr. Bredlow Freedly is the Muppet scientist who invented MEL (short for Malfuntioning Electronic Logician). Freedly attempts to demonstrate the newest use for this mechanical marvel -- first, the machine will inhale our polluted air. It will then condense the smog, fumes and filth into handy little cubes for shipment to the less industrialised countries of the world. (Zounds! We'll make a fortune!) 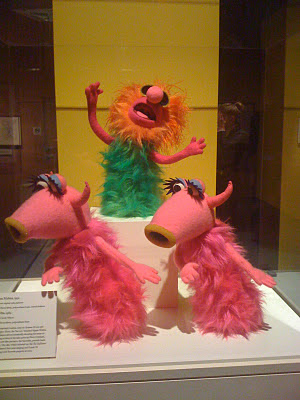 In the light of recent events I found this quote to be topical, to say the least. 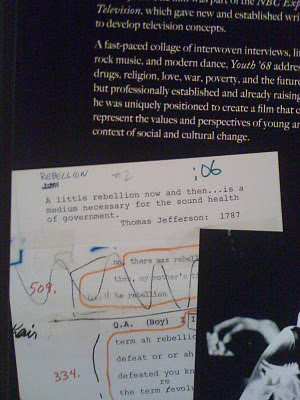 For reasons... Wait, no. I think I just figured it out. Bert always put me in mind of a banana and I think that is because he is wearing stripes, and is yellow, with a pointy head, just like a Banana in Pyjamas.

He always reminded me of cricket too. Because of the sweater. 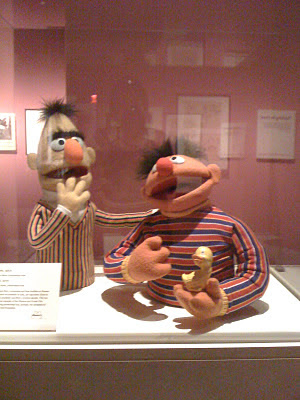 Mum used to call me Oscar the Grouch. No idea why. 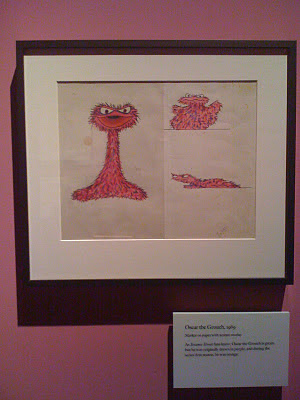 ROWLF. (That blue elephant thing that appeared in the rerelease in Jabba's palace ain't got nuffin on Rowlf.) 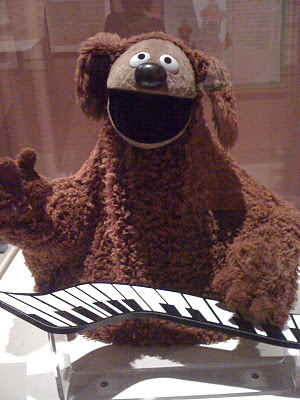 The frog himself; Kermit.

(This was the hardest photograph to get, unsurprisingly.) 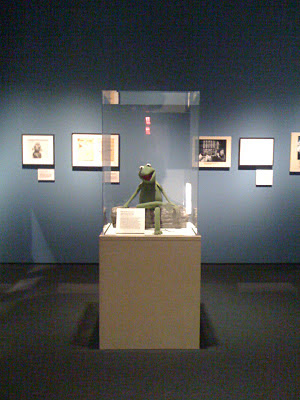 On the same floor was a display of the history and evolution of the television. Some of them looked like works of fiction, as opposed to works from the past. 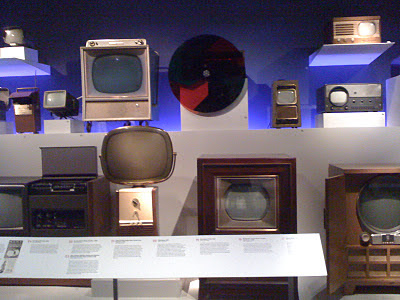 And then, tucked up very back in the corner, were a few little special effects props from various notable films.

And I flipped THE FUCK out when I realised I was standing in front of the Tyrell Corporation ziggurat. “My mother? Let me tell you about my mother-" 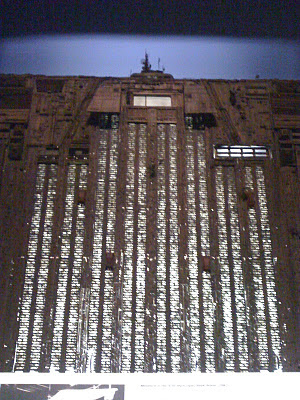 If ever there is an open house tour of the ziggurat, behind-the-scenes may possibly and unexpectedly look a little like this: 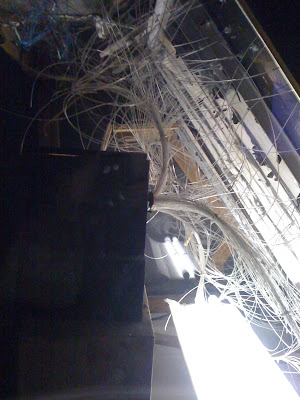 In another corner it was a setup which allowed you to create your own stop work animations. Unsurprisingly I made many. I think we spent about half an hour faffing around with these.

The Museum of the Moving Image is not large but holy schmoly well worth the time travel.

Later, I was taken on a passing whim into the FAO Schwarz shop, which is a massive and magnificent toy store. Very, very dangerous. You have been warned. Especially given what is located in the back of the sweets section. 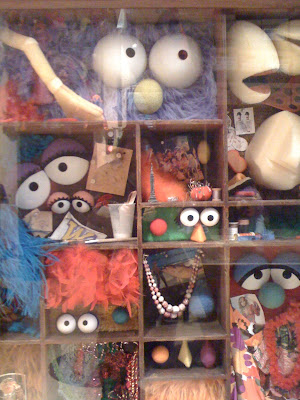 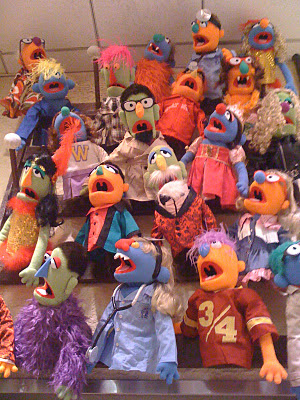 The Muppets Whatnot Workshop?

Oh hell yes I did. 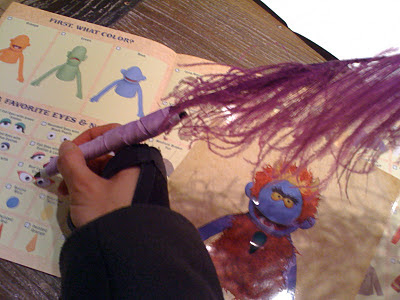 Did an awful lot of trying out eyes and hair, but eventually a decision was made and I signed for my very own muppet with a fluffy fancy pen. 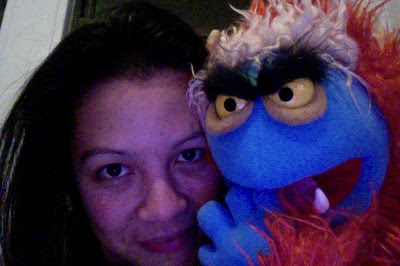