The Mona Lisa is lining up her approach vector! 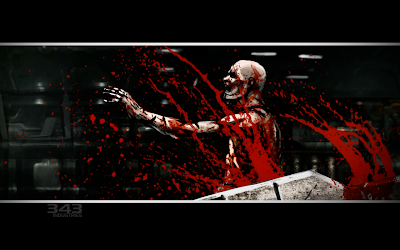 A long, long, long, long time ago, secret channels indicated to Jeff VanderMeer and I that our megasaurusodonohugearama collaboration for Halo: Evolutions, The Mona Lisa, was going to be made into a motion comic. You know, animated. Like wow.

This was officially announced at San Diego Comic Con, with a "COMING THIS FALL" slapped on the end of the video, and a more official release date given of November. November came and went, so did December, January and we're now half way through February, and we hear the slavering hordes cry, "WHERE THE HELL IS TEH MONA LISA?!"

The answer is still: on its way, with tentative hopes for the Northern Hemispherian summer.

Also: Jeff and I? Happen to have the first two episodes in entirety. What was that? We've seen the first not one but two episodes? Really? No. Really. I can rub it in if you like, just in case you have any doubts. In fact I will. How's about a couple of screenshots? 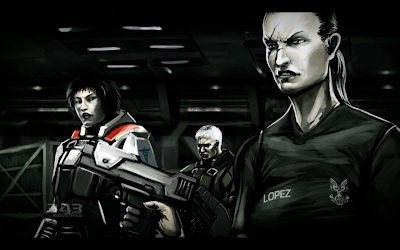 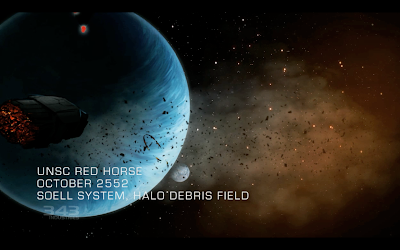 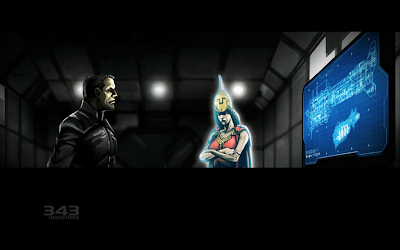 And pardon me for stating the bleeding obvious but they look OARSUM. Yeah, that's a lil' peek o' the second episode, none of which features in the teaser trailer. Introducing, Rebecca, the UNSC Red Horse's AI, and her Commander, Tobias Foucault.

The peeps at 343 are clearly awesome. I didn't think it was possible for them to get any more awesome. Surely they've broken some universal awesome limitation. Ha! LIMIT BREAK! We've specifically been told the later action sequences are hot, and that they can't wait for us to see Henry and Rimmer.

Pyramid have also done a gorgeous job with the voice acting, effects and music. Seriously gorgeous voices happening in there (I luuuuv Mama Lopez's growl!), and well matched by One's gorgeous artwork.

Dudes? This is going to rock like an asteroid. 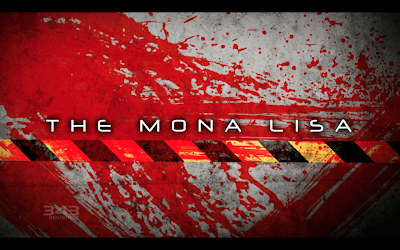 Labels: halo: evolutions, movies, pimptastic, the mona lisa, this post is brought to you by the letters O M and G, writerly stuff