Operation: GTFO II was a small and spontaneous affair. Last time, I went west of Cape Otway. This time, I did the Great Ocean Road between Geelong and Apollo Bay.

There's a lot of fun driving to be had in that stretch. Unfortunately, too many cars on the road to take the corners as fast as I'd like, but still a lot of fun. 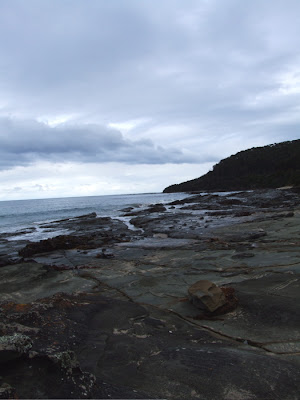 I paused for lunch at the site of the wreck of the W. B. Godfrey. There was no one else about. Just me, some rocks, the hungry sea and a crow grizzling from the road. 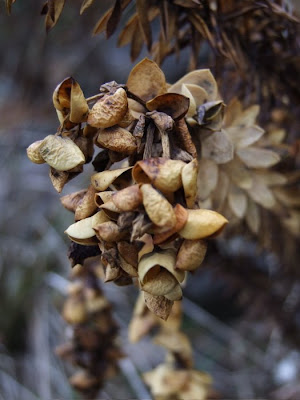 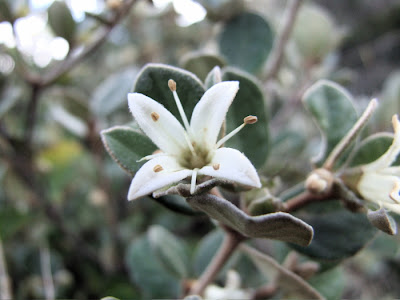 As the beaches didn't call to me, I didn't do as much exploring, and so, very few photos this time, and nothing really exciting. A shame, as I was looking forward to playing with my camera. 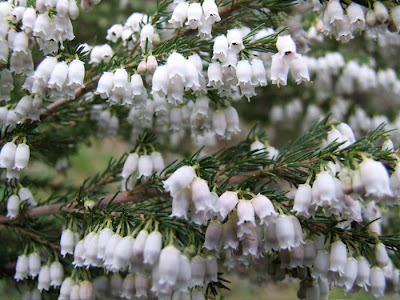 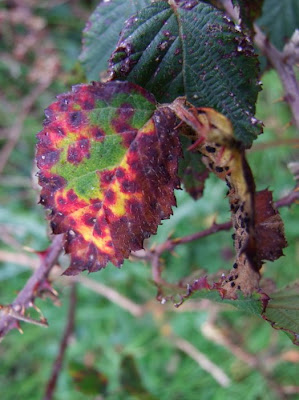 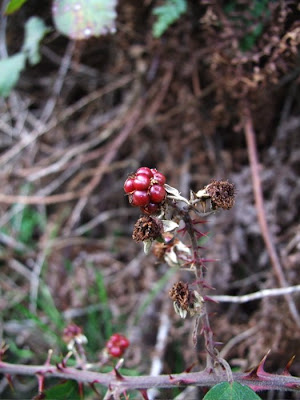 The constant rain also curtailed any exploration of Apollo Bay. I half wonder if I keep heading out this way to remember what it is to have water in the ground, on the ground, in the air, dripping from the leaves, languid on the horizon. The rain was incredible. I watched the sky unfurl a rainbow from Mariner's Lookout, and the rain storm roll in over the Otways.

Great weather for driving in. I love driving in the rain, beside the sea, in the splash of low sun, on wet curves. I love driving, for the sake of driving. It's probably best I don't own a car. 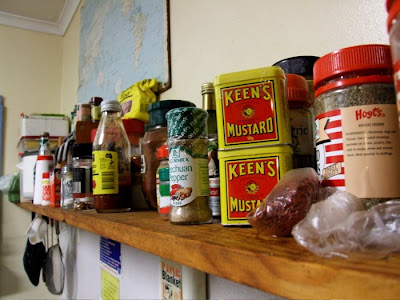 There were enough herbs, spices, seasonings, powders and split peas to make a decent curry at the backpackers. 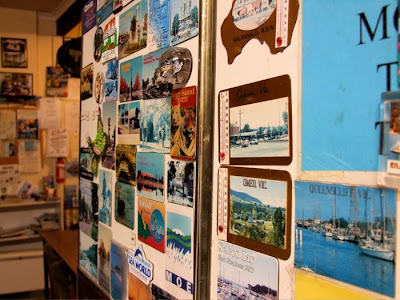 Tony, the unemployed geologist from Brisbane killing time before heading to the snowfields to hopefully start a job as a ski instructor (only there isn't any snow on the hills yet), shared a dorm room with me. Several times he assured me that he did not snore. And he was right, he did not snore.

He did talk in his sleep, however. 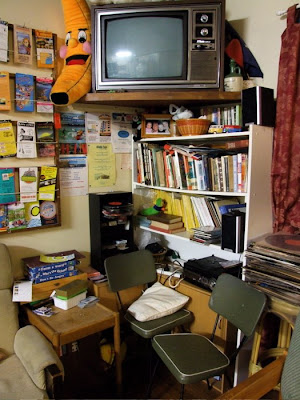 As conversations go, it came about that I write. He said he'd like to write a book, and asked me about my own writing. I did not sell my last story to him, in his words. He said I didn't sound 'enthused'.

I had no option but to explain to him how writing a story is like being in an abusive relationship; it starts off wonderful and exciting and full of romance, and then you have to make it work, at which point it all falls apart and there's blood and tears, and rage and fury, and you HATE IT, and then it does start working, sorta, and you finish and part on amicable terms, but generally speaking, don't need the damn story in your life any more.

I wonder if he'll ever write his book. 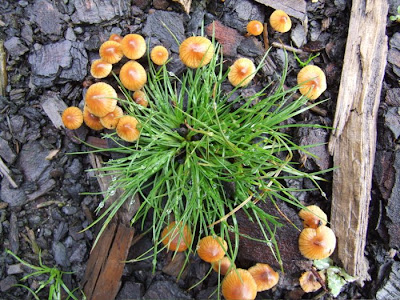 I took Skenes Creek Road (C119) back, instead of the Great Ocean Road, which would be full of traffic also heading back to Melbourne. I'd never driven this road, and picked it at random because it looked interesting. It wend its way through the Otway Ranges. Rain from the previous night was still thick in the air. Up in the hills, the clouds were stretching, reaching and preparing to take off to the sky and start a new storm. I drove through a world of ghosts, alone. 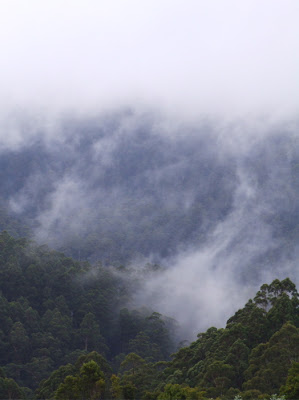