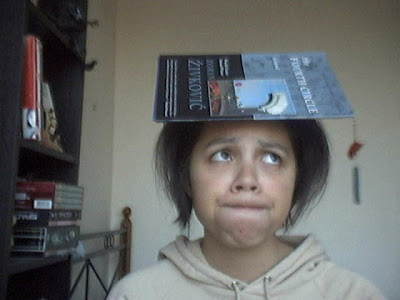 Another entirely unexpected story. Cracking open a book and flipping to the first page only to realise you have no idea what you're embarking on always causes a moment's hesitation. There are even chances you'll dislike or like the work in question. The hesitation is felt more when it's 6.19am and you're standing on the train station, unable to do anything about the book in your hands if you decide there and then that, actually, you dun wanna.

While I had no idea what the book was about, it had a lot of expectation to live up to. Always a dangerous situation.

The story is comprised of individual streams which, at first, appear to have nothing in common. An individual walking on an empty planet. An AI in a remote temple in a wild jungle. Echoes of historical figures; Archimedes, Nikolas Tesla, Sir Arthur Conan Doyle. A species of spheres. A giant ring of living electricity in space. Poor frightened painter's assistant. Some streams uncurl for the length of the book, others surfacing only briefly to counterpoint those coming before and following after. There are familiar things unfurled, exotic things, exciting things, whimsical things, ordinary things, odd things, and for some time each of these fragments appear unrelated to the others. They are in different times and different places with no hope of ever crossing, so how then do the threads tie together?

Each vignette is a masterpiece on its own, however. At the end of each chapter, I was equal parts joy at returning to a stream, and irritation at departing from the last. They are all of them utterly fascinating, beautifully crafted and with such diversity that there is no chance for the reader to get tired, or become glutted on the book. With the constant contrast and variety, every chapter is something new and refreshing.

After a while a sense of resonance emerges, and the still entirely disparate pieces start bouncing off each other in intriguing ways. In this way, these threads begin to coalesce, and so I read and read, and pieces connected to other pieces, the skirts began to overlap with each other, and everything was slowly coming into focus yet I still couldn't see what the end picture might be-

-until I got there.

And it's a marvelous thing to be so captured by a book, and so well fed yet still flying blind, and the book then serve to you exactly what you need, and more importantly, what it needed to say.

A special comment on the use of voice here. My goodness, it's so lush. Each thread has a distinct character all of its own, every individual voice is so rich and beautifully rendered, it felt positively decadent to flip from page to random page to see these identities standing strong next to each other, without a weakness among them. Mary Popović did an amazing job retaining this in the English translation. Seriously utterly totally delightfully exquisite.

Can I tell you what The Fourth Circle is? Imagine Morpheus, if you will. "No one can be told what the Matrix is. You have to see it for yourself."

Well, actually I thought that was overly dramatic and he could have quite easily have told Neo, but the fact is, I can't explain The Fourth Circle, I can't even summarize it. And if I could, I wouldn't. It's better if you read it for yourself.

Verdict: Superb, brilliant stuff, with interesting things done in both nitty-gritty technical craft and over-arching story telling. Must dig out more, oh yes, must. Gods that was awesome.
Posted by Tessa at 7:07 am