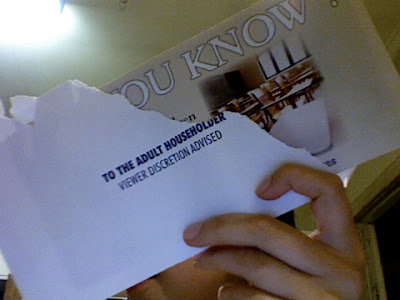 It's a pro-life brochure, and it is full of dead babies. They're smart. They only list a PO Box as a means of contact, and they dropped this in the letter box after dark.

Colour me entirely lacking in sense of humour.

Have a nice fluffy chaser; 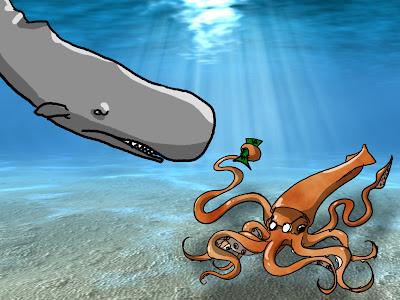 I sent RedSun (you'll need to be logged in to view that) a post card that I'd snagged from the Melbourne Aquarium (which was so devastatingly disappointing after Osaka) about giant squid. The card said giant squid were fearsome predators, and they're not, which I waffled on about at length on the back of the card. RedSun drew my waffle - a sperm whale picking on a giant squid and stealing its lunch money.

Labels: steaming pile of horseshit, this post is brought to you by the letters O M and G