Given that the cool change is on its way (Avalon went from 46° to 34°!) this isn't exactly a timely post, but my brain hasn't been great in the heat. Or my computer.
4 days of 41°+ heat. There are apparently no crops that can survive 7 consecutive days of 40°, which is a terrifyingly close reality. Apart from being very happy to be at work and hanging out in air conditioned public spaces, here's how I managed to not faint in public. 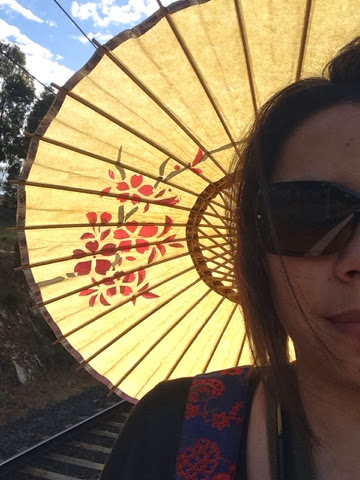 I freaking love this parasol. Hand-painted bamboo and paper, it's light and beautiful. Bit too delicate to be open in any wind, but my goshness. It made all the difference. My aversion to direct sun on my head is akin to that of vampires. Dark hair and sun just means a head so hot I nearly burn myself scratching. Simply not having the sun on my head made the outside air far less strenuous. Umbrellas, the opaque kind, will do just as well. 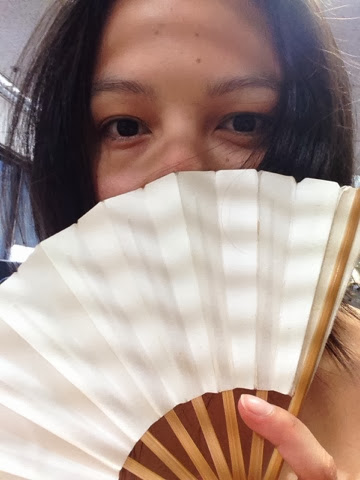 This plain little fan I bought in a temple market in Tokyo for 500¥, about $5, back in 2007. It has travelled with me ever since. When sitting in a crowded train, standing in a queue moving a touch too slow, it has been a blessing. Can't prove a negative, but I know it has been the difference between fainting or not multiple times, this morning included. Thank you little paper fan! You can usually get fans in discount shops, or Chinese grocers. 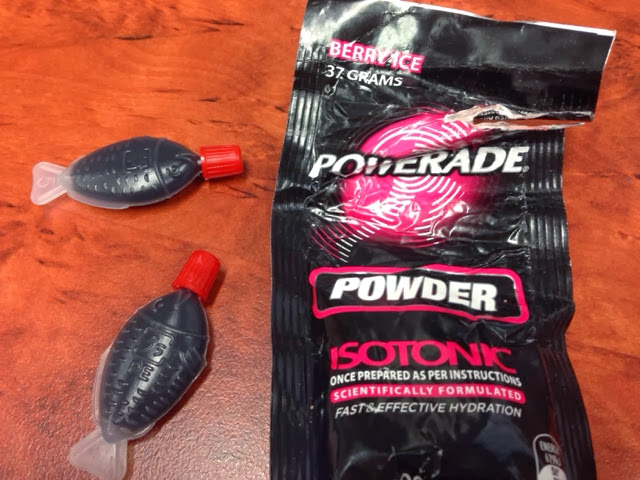 Drinking water is a big help, but when you're sweating buckets, not quite enough. I carry a sachet of powerade around, and it has been a big help. Pity it tastes yuck, even when super weak.
Conversely, if you don't have the cash for sports drinks, soy sauce hits the spot. No really. I ended up necking a fish yesterday. A bit intense on the tastebuds, but I instantly felt better.
I've seen reports that the cool change had hit Geelong. The Melbourne cool change is a wonderfully traceable phenomenon. Keep an ear out. You'll be able to hear the cheers.
Posted by Tessa at 4:45 am