"If the white covers my whole eye, I'll die."

The above was said to me by a beggar who pounced me not a block from the hotel I'm staying at, the Adante. I'm afraid I didn't believe her.

This hotel is unbelievable. Originally I'd booked a hostel, but on further reflection didn't like my chances of surviving the flight across the Pacific and not feeling like the Bilges of Hell, so sucked it in and paid for a proper hotel room with private bathroom and my very own toilet to curl around and chunder in if I needed it.

Aside from free wifi (FREE! WIFI!) (I didn't think I'd be touching the internet for the whole two weeks) (SURPRIIIISE!) and a window with no screen (I could fall out! Yay!) it has TOUCANS. YES. TOUCANS. 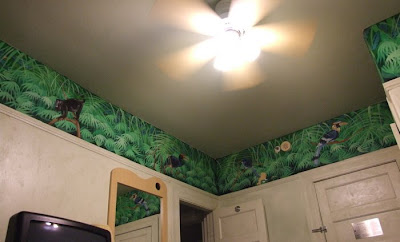 AND FISH. IN THE BATHROOM. 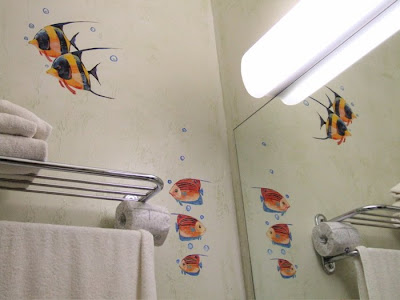 And a dewy-eyed doe above the bed, which doesn't seem to be in keeping with the otherwise tropical jungle feel of the room.

My decision was a good one because I felt bad when we landed. Bad. Very bad. I threw up on the plane. Then I threw up just before going through immigration. I thought I was okay then, shyte, but okay. Collected my bags, went through customs, found the BART station, boarded a train - you can see my mistake right there.

I didn't have much to bring up, which is good, because I didn't have anything to bring it up and out into, so I vomited in my mouth. And swallowed.

That is why I fucking hate long flights.

You didn't need to know that at all, but it grossed me out, so I'm sharing it.

The walk from the BART to the hotel was only a handful of blocks, which normally I wouldn't bat an eye at, and didn't when I booked it, but oh holy hairy horse scrotums, it was the longest most horrible walk of my life. It was a death march. Only I wasn't going to die, I was going to vomit and/or faint. In a foreign city. Good stuff. But the stubborness is mightier than the dehydration/exhaustion/nausea/on a stick, and I made it to the hotel without puking in public, fainting, or dying. Go team!

This was followed by an intense two hour nap that involved dreams in which I was cross-dressing to pose as some tart's fiance so we could run off to another country but her mum and lawyers found her anyway.

And this was followed by a shower (oh!) and teeth-brushing (OH!) and I ventured out to jump on the Muni to Pier 39 and the SF Aquarium. Trams, awwwww. They're just as rattly as the City Circle trams in Melbourne. (The stops are very confusing to figure out, because this country drives on the wrong side of the road.)

Pier 39 very touristy/kitschy/quaint. Aquarium s'alright. Better than the Melbourne Aquarium at least. Probably on par with Sydney, although I haven't been to Syndey's aquarium in a very long time. There were white sturgeon, which was great to see. They're beautiful fish. I did get to pet a bat ray and skate, though. They're both lovely soft creatures, delicate, slimy or incredibly silken. They shiver and wheel away when tickled too much. 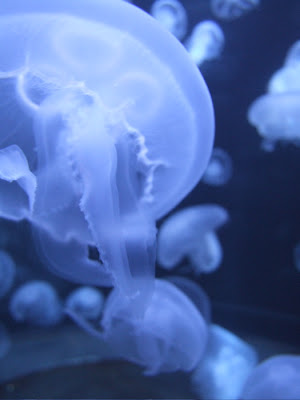 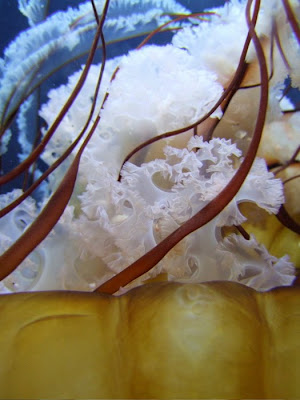 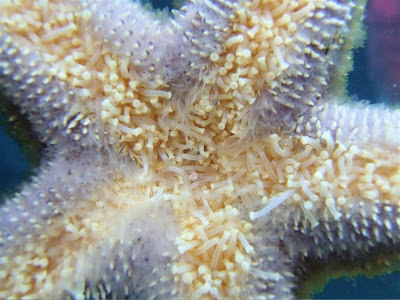 Have viewed the sea lions. 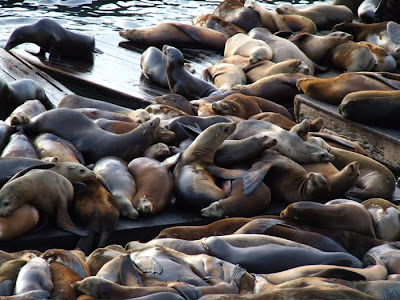 There's a lot of them. They like to carry on. Distinct bouquet about them.

Dinner, or lunch, or the first meal I'd eaten since lunch when I first got on the plane which was I don't know how many hours ago in another time zone and I'd puked it all up again anyway, was at Chowders. 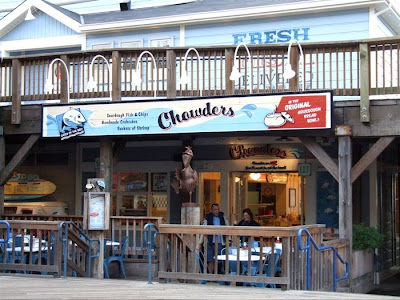 Picked at random as I was walking past. Although I didn't feel hungry, nor didn't like the idea of putting anything in my stomach, my body knew best, and started near quivering at the sight. I'm no expert on chowder, and so when the woman behind the counter recommended the white clam chowder, I went with that. Best. Chowder. Ever. Even if I don't know what I'm talking about. Just thinking about it now I want some more, in a nice touch sourdough trencher.

The Muni home was driven by a character. He reminded me quite a bit of my Dad. In fact I assumed he was Chinese until he started drawling away in Spanish. It's amazing the similarities between the two races. He'd pull up to tram stops, pop on the outside speaker and say, "We're a rolling sardine can, we are packed like sardines, so I'm not stopping, just passing by...byyyyyyyeeeee!"

Feeling like utter incapacitated shyte is one of the best ways to permanently ruin your perceptions of a place, but San Francisco is so...SO. Just so! That it steamrolled through my shyteness and I'm quite enamored of it, even the tiny little bit I've seen. I walked past a Dr Suess gallery on the way back, and there appears to be a King Tut exhibition on somewhere in the city. Shall find it.

San Francisco has this comfortable air about it. I don't really feel I'm in a strange city. There are echos of Melbourne here.
Posted by Tessa at 2:59 am